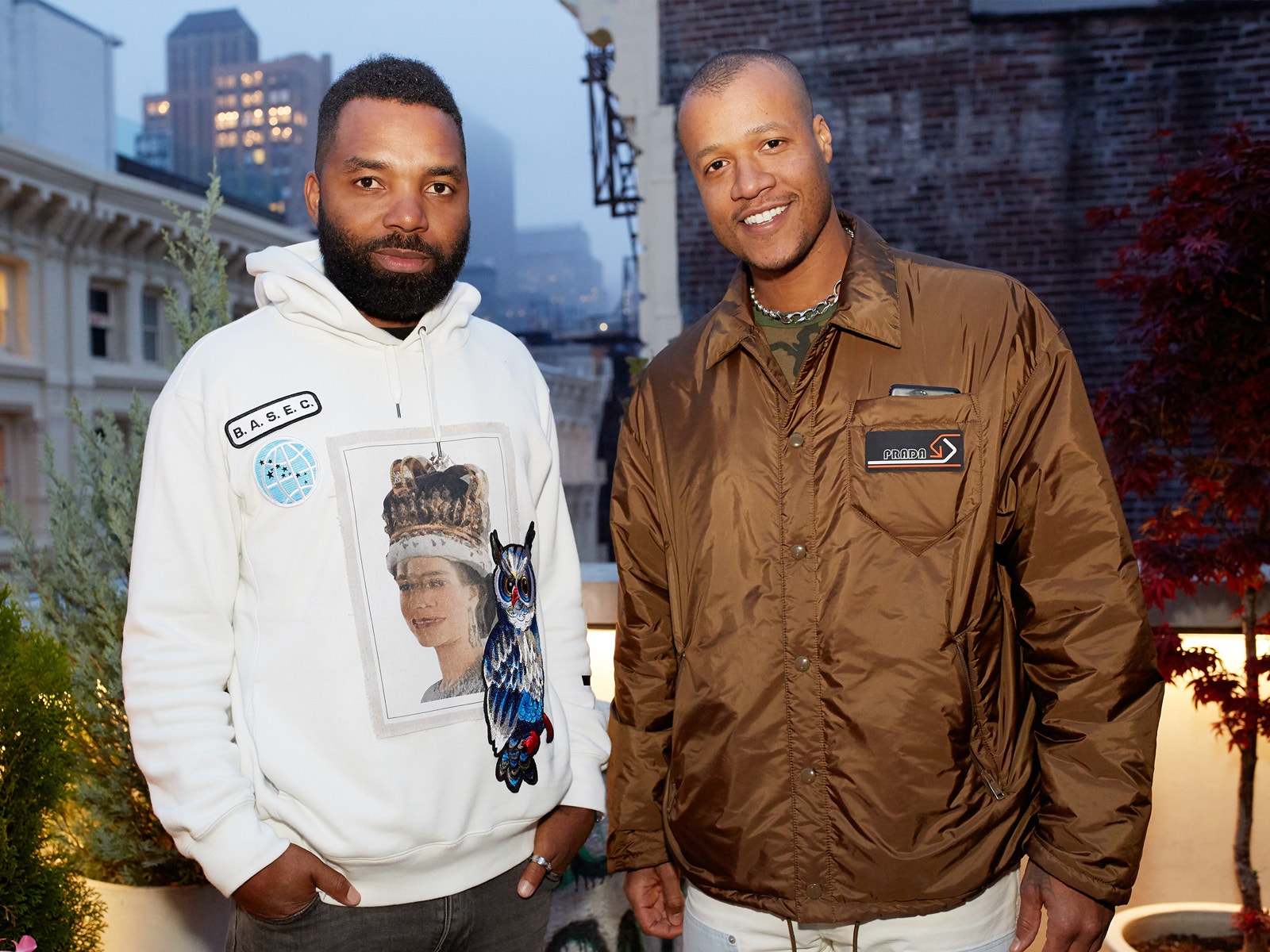 Tavares Strachan got off the island long ago. His career as a visual artist has taken him from Nassau, Bahamas, where he was born and raised, to RISD and Yale, where he earned respective Bachelors and Masters degrees in Fine Art. He’s exhibited his work all over the world, and even studied to be a cosmonaut in Russia at the Yuri Gagarin Center in Stay City. While Strachan hasn’t ventured off the planet yet, he always finds his way home.

Strachan’s newest project is a 100-percent Bahamian venture: B.A.S.E.C, a capsule collection of bomber jackets, which launched exclusively at The Webster May 1.

Crafted from luxury fabrics, such as cotton and silk organdy and canvas, and decorated with symbolic patches, each B.A.S.E.C. jacket is designed, patterned and handmade by a group of women in Nassau, overseen by Strachan’s mother Ella. Proceeds from sales will go to developing teaching programs, including sewing and design, in Nassau. The collection, which was shown at Art Basel in Miami, followed by Paris men’s Fashion Week, then CIFF in Copenhagen, is a culmination of themes that have recurred in Strachan’s work, including science, technology, history, sustainability, community and storytelling.

B.A.S.E.C. stands for Bahamas Air and Sea Exploration Center, which Strachan established in Nassau after his time studying in Russia as a means of bringing science, space, technology and experimentation to a community that historically has had limited access to those fields. One of the first projects developed at B.A.S.E.C. was a series of rockets built from glass (Strachan is a trained glassmaker) that used sugar cane, a big local resource in the Bahamas, as fuel. The idea of producing small-batch clothing capsules came from a conversation with his mother, a seamstress, about engaging with makers and the positive reverberations such work has on a local level. “We all know what making does in terms of stimulating self esteem, building pride, a sense of place and well being,” he says.

Strachan chose the bomber jacket as his first clothing item because it resonated on several levels. He wore bombers for his space training in Russia. They have historical significance and they’re relevant to current fashion. “They have a really complex and interesting history,” Strachan says. “They evolved in the early 1900s right before the wars, and they have all these different functions. They give signals, they protect. They’re diverse in terms of what they can do in terms of temperature.”

They also tell a story. “Each element of the jacket is highlighting a different narrative about this space agency, what it means to past and what it means to the future,” says Strachan. “We try to use material that we can source from a good place. We keep everything small and unique. The goal is to make less things better. The jackets are all reversible, so the idea is that the person of the future will wear one thing in many ways as opposed to many things in one way.”

The B.A.S.E.C. bombers are the first in what will be an ongoing series of clothing capsules, none of them seasonal, all of them done in limited quantities to ensure a sustainable process. Strachan says another capsule will drop before the end of the year. Still, he doesn’t consider himself a fashion designer. He’s prepping two art installations at the upcoming Venice Biennale, as well as a show scheduled at the Museum of Modern Art in the fall. “I’m still not comfortable calling it fashion,” he says of the B.A.S.E.C. collection, though he acknowledged working in a wearable medium has shifted his perspective. “It’s opened up my relationship with society in general. Whereas the art world is really particular, everyone has to wear clothes. I think that’s super interesting.”