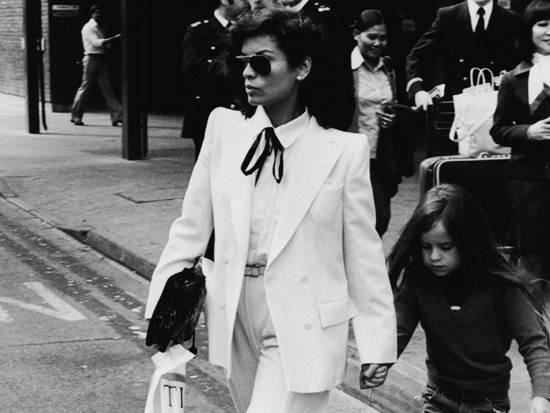 HOW AVIATOR SUNGLASSES TRANSCENDED GENERATIONS – FROM PILOTS TO POP ICONS

As with many timeless wardrobe staples, Aviator sunglasses have a long history that starts very far from fashion.

In the 1930s, a pilot named John Macready witnessed the damages that flying at higher altitudes caused to pilots' eyes. The traditional fur-lined goggles that pilots were wearing at the time turned out to be unpractical and even dangerous. Macready developed a lighter and thinner design, and in 1936 he teamed up with NY-based lens manufacturing Bausch & Lomb to develop the aviator sunglasses that they trademarked 'Ray-Ban.'

The classic design had a thin and light metal frame, paired with oversized dark green convex G-15 tempered glass lenses, covering a large area around the eyes and only transmitting 15% of incoming light.

The glasses were an instant hit with consumers, despite selling for a much higher price than other pairs of sunglasses. Approaching WWII, aviator glasses became a staple of military pilots who contributed to popularizing them abroad. They became synonymous with freedom, coolness, and America.

After the war, the Ray-Ban's popularity didn't fade, and from the 1950s onward, cultural and style icons kept donning the cool shades on events, photoshoots, and outings. New styles and colors started emerging as early as the end of the 1930s, today, however, an infinite number of declinations are available. Aviator glasses became part of the signature style of many celebrities: from Elvis Presley to Bianca Jagger, from Debbie Harry to Kanye West, or Lenny Kravitz and Kylie Jenner. Aviator sunglasses are still the classic cool final touch for a laid-back look, and we don't predict any slow down.