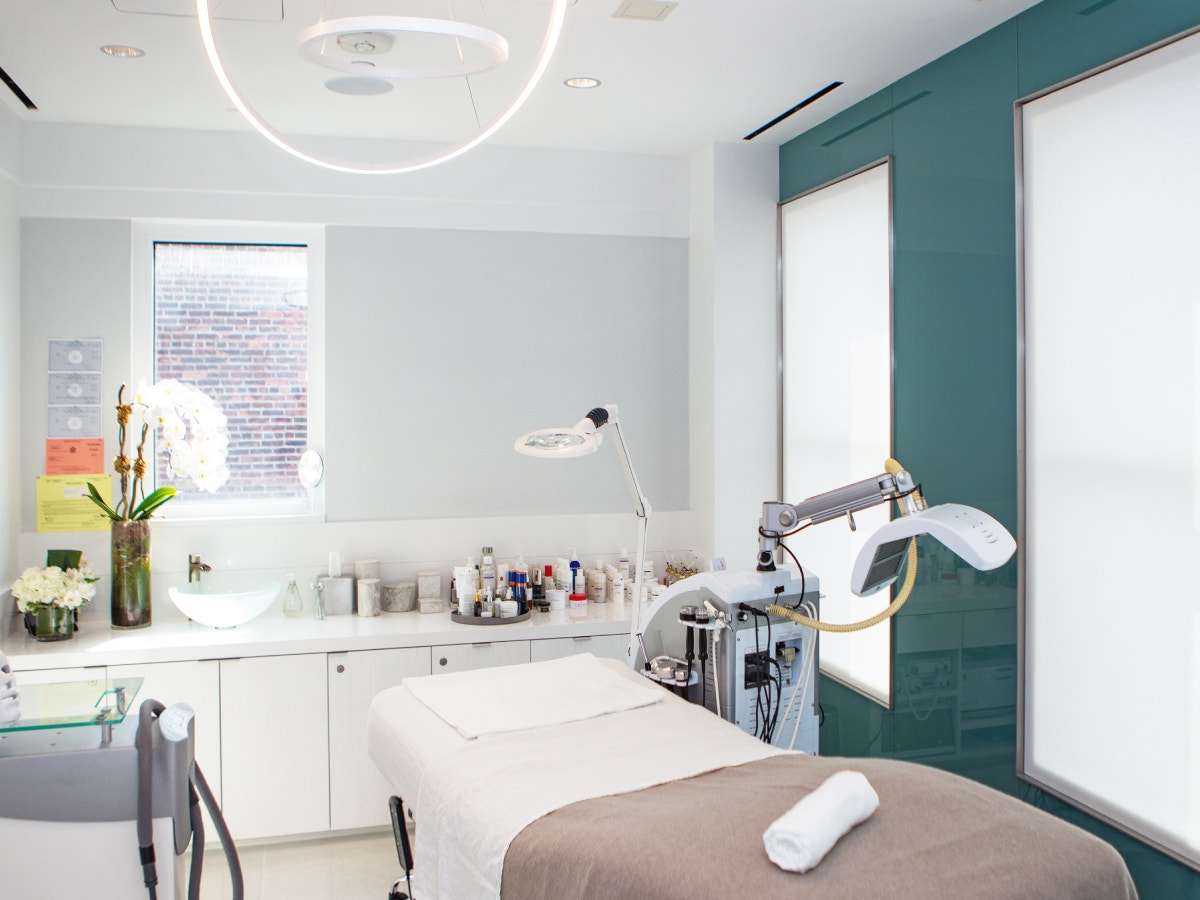 JOANNA CZECH AT THE WEBSTER SOHO

AT THE WEBSTER SOHO

Joanna Czech’s clients are as unlikely to hear the sounds of raindrops or mellow New Age instrumentals on the soundtrack in her private studio on the 6th floor of The Webster SoHo as they are to receive the same facial treatment twice. Czech, aesthetician to the seemingly poreless faces of Christy Turlington Burns, Kim Kardashian and Cate Blanchett, prefers to play pop and country music, especially Dolly Parton, while she works. Her philosophy toward treating skin is to address the current state of affairs rather than cater to skin “types.” “I don’t refer to skin types, I refer to skin conditions,” says Czech, explaining why she rarely gives the same client a repeat treatment, preferring to adjust to whatever is going on in the moment. “They can say, ‘Joanna, I need to look perfect tomorrow’ or ‘You can attack me today.’”

Czech’s approach to skincare is one of clean science. Some of her preferred methods include Ultrasound, Microcurrents, Radiofrequency, Cryotherapy, LED light therapy as well as massage. She created a 280-minute massage-based program for frequent clients that begins with seven minutes of massage on the first day and ends with 45 minutes on the last. “After those 12 sessions of massage your face shape changes,” says Czech, who has another studio in Dallas, where she’s based full-time. “It's like a workout with your bicep repeating every other day. It will just change.” Her favorite products are backed up by science and include Biologique Recherche, Medik8, Vinter’s Daughter, Meder, Augustinus Bader and Francisco Costa’s new line Costa Brazil. “When I hear, ‘I couldn’t find a product for myself, so I went to my grandma's basement and I whipped the cream. It's the best and it's 100% natural,’ knowing about physiology, anatomy and biology, that story doesn’t really work for me.”

Czech earned her dermatological education in Poland, where she grew up. She graduated from the University of Warsaw with a degree in biology and intended to study medicine after, but took a detour to the beauty institute, which required classes in chemistry, biology, anatomy, physiology and pathology. Getting her aesthetician’s license in Poland required 12,760 apprentice hours.

Czech’s process is science-based, but her studio at The Webster is cozy and serene. The interior of the space is designed by Staffelbach with finishing touches by Francisco Costa, the former creative director of Calvin Klein, who chose velvet chairs, linen sheets for the treatment bed and his and hers gray and camel cashmere blankets to cover customers.

BOOK AN APPOINTMENT
Back