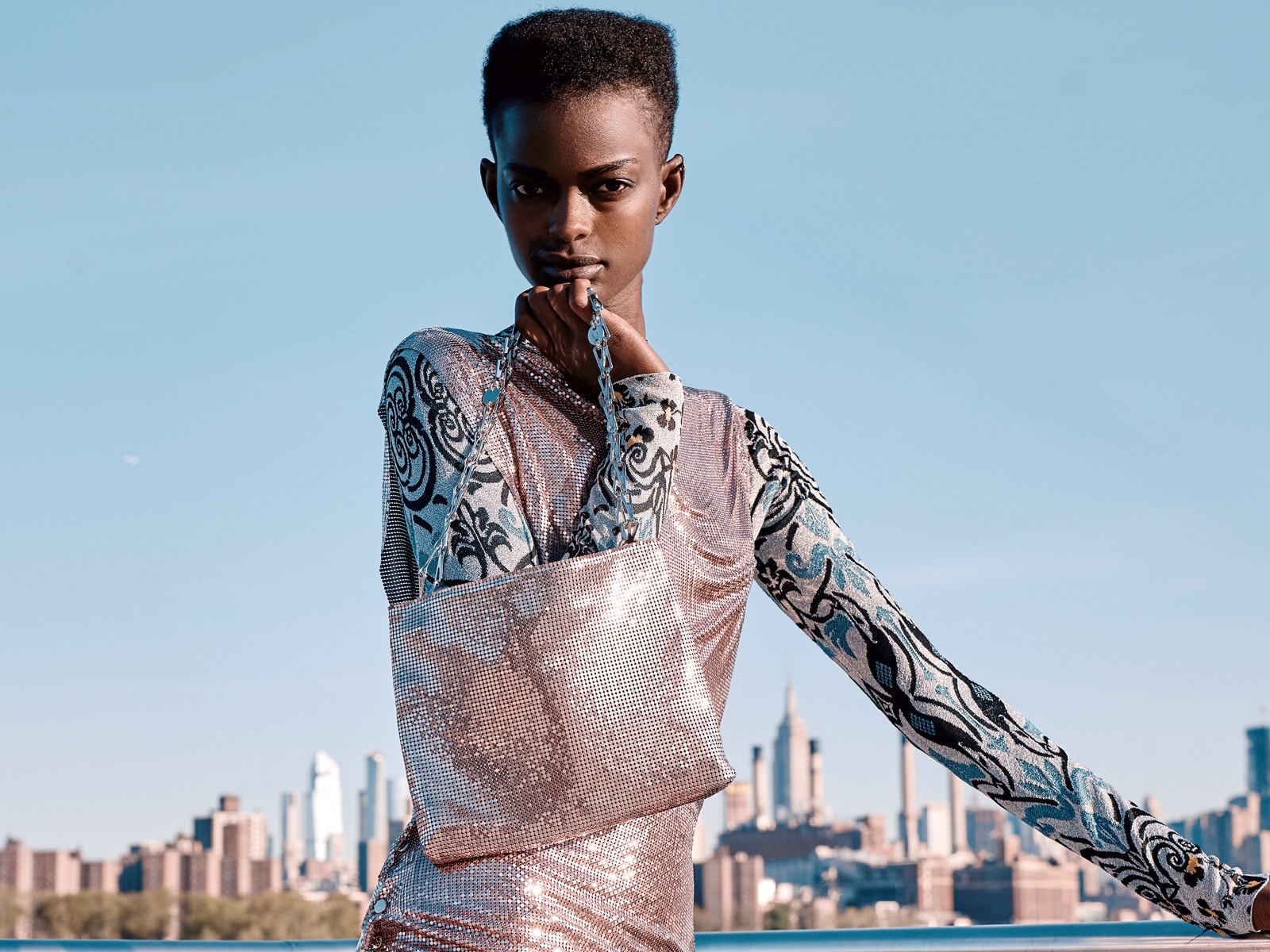 Chainmail is not new for Paco Rabanne. In fact, it’s the house’s calling card, made sexy by Rabanne himself when he pioneered Space Age chic in the 1960s, dressing Jane Fonda in Barbarella and Francoise Hardy in his alluring metal mesh dresses. But chainmail in a dusty shade of pink gold is brand new for the label, and exclusive to The Webster in Paco Rabanne’s spring capsule collection, designed specifically for the store by creative director of women’s wear Julien Dossena.

“We made the chainmail in that pink and gold feeling, which is a really nice color that we’ve never done before,” he says. “We offered it to Laure because we felt it had that kind of sophistication and soft touch that The Webster customer feels when she comes in.”

The capsule is an extension of Dossena’s spring 2019 collection, which set Paris Fashion Week on fire last September, as it was hailed as one of the shows of the season. Dossena tweaked the direction of the spring collection away from hard futurism and sportswear to something softer and more bohemian. The lineup was a surprising mix of jewel tones, floral and Indian woodblock prints, fragile Chantilly lace and, of course, chainmail. It came together in a look that reflected a lifestyle rich with travel, discovery and eclecticism, three things that are certainly in the air right now.

“I always try to challenge myself in different territories,” says Dossena of the spring lineup. “That’s what I love about my job — exploring possibilities.” The reception to the more feminine flou has been superb. “I see all different types of women wearing it in different ways — let’s say, it’s very individualistic,” says Dossena.

Now in his sixth year at the helm of Paco Rabanne, Dossena has built a solid foundation for the house and is experiencing a surge of momentum. Successfully ushering in a new era of versatility and wearability at the house with an experimental, otherworldly identity has been no small feat. After all, Rabanne’s first collection in 1964 was titled 12 Experimental Dresses, and a subsequent couture collection in 1966 was called 12 Unwearable Dresses.

Dossena has handled the legacy delicately, having learned the art of reviving a heritage house during his years working under Nicolas Ghesquiére at Balenciaga. Dossena, who’s from Brittany, studied art history at École Superieure des Arts Appliqués Duperré in Paris, and then a fashion at La Cambre in Brussels. He joined Balenciaga, where he also met The Webster founder Laure Heriard Dubreuil, as an intern in 2008 and worked his way up to become one of Ghesquiére’s senior designers. He left the house when Ghesquiére did in 2012, launched his own label Atto, before stylist and longtime Ghesquiére collaborator Marie-Amelie Sauve recommended Dossena for the women’s creative director position at Rabanne. He’s made the image warmer, more accessible and more comfortable with a balance of modern staples — T-shirts, denim, knitwear and crop tops — inventive cuts and extravagant evening dresses, where the famous chainmail shines.