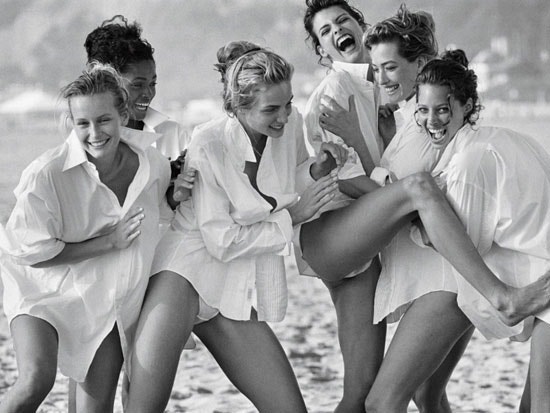 The world's oldest preserved garment was discovered in an Egyptian – a white linen shirt dated back to 3000 BC. During Antiquity, the white shirt was a unisex undergarment, and from ancient Greece to Rome, white shirts were a functional part of everyone's wardrobe, destined to remain hidden under clothes.

Marie-Antoinette is the earliest public figure to be immortalized wearing a white shirt, making the undergarment visible for the first time. Over time, white shirts became more gendered and sophisticated. Collars, cus, cotton quality, and lace trimmings, are all details that made undergarment shirts subtle status signals from the early sixteenth century until the beginning of the nineteenth century.

By the Victorian era, however, white shirts grew into proper garments for men, thanks to writers and artists who would be portrayed wearing white shirts as their working attire. After the first World War, liberation through work was picked up by Hollywood, and around the same time, Coco Chanel enabled women to borrow from men's wardrobes and attitudes. Loose white shirts became acceptable for women, and stars like Katharine Hepburn, Marlene Dietrich, and Lauren Bacall regularly donned white shirts on and o-camera.

Jude Law and Matt Damon in The Talented Mr. Ripley

Hollywood's love aair with the humble white shirt didn't end then, and throughout the years, this simple yet chic piece has been worn by Audrey Hepburn, Kim Basinger, and Julia Roberts. Sharon Stone famously wore an oversized open white shirt at the Academy Awards, paired with a floor-length silk skirt.

Minimalism reigned on through the Nineties, the white shirt became a sort of manifesto of the trend, like a simple and clean reaction to the exaggerations of the previous decade. European and Japanese designers created intellectualized and conceptualized versions of the white shirt and pushed the boundaries beyond classic or wearable.

However, American designers, such as Calvin Klein and Donna Karan, set the trend worldwide with their minimal, democratic, and pragmatic approach. This paired-down trend lasted well into the 2000s, with Stefano Pilati's Saint Laurent, Raf Simon's Jil Sander, Stella McCartney, and Phoebe Philo's Celine. Today, the ripple eects of the humble white shirt are still present on the runway and in the closets, it transcends styles, seasons, and trends.