Arnold Schwartzman's stunning photographs of the finest examples of Art Deco from all over the world are collected here as a celebration of one of the world's most popular decorative styles.

Art deco is the 20th century's most glamorous architectural style, and the one that shaped popular ideas of modern luxury. With over 200 photographs, this is a visual celebration of this very popular style. Unlike most other books on the subject that tend to be regionally specific, this book highlights Art Deco buildings from all over the world, from Australia to South America, with an emphasis on London, Los Angeles, New York, Chicago, Miami, and Paris. Art Deco features much careful and exacting detail, and of special interest in this book are photos that zoom in on murals, mosaics, flooring, ironwork, and other ornamental flourishes.

Art Deco began in 1925 and quickly swept the globe becoming the style epitomizing Jazz Age glamor and sophistication. It drew from a variety of influences including ancient Egyptian, Moorish, and Mayan motifs but also modernist movements like Cubism, Fauvism, and De Stijl. Its influence was felt everywhere, from the skylines of New York to Shanghai, and it gained prominence not only with architects and designers but enjoyed a passionate following among the public as well. 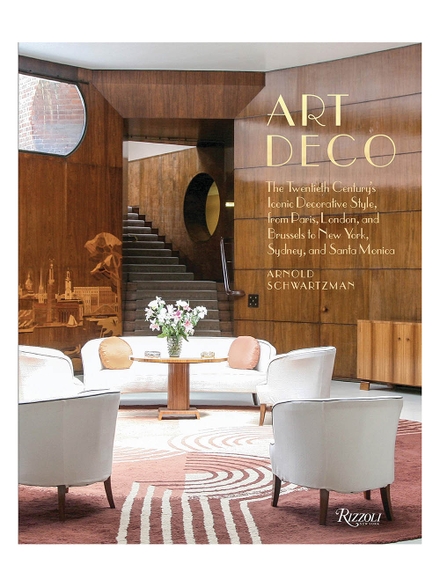